HOW DOES A FLYING CARPET WORK? SPACE, TIME, LIGHT AND A LITTLE BIT OF MAGIC. 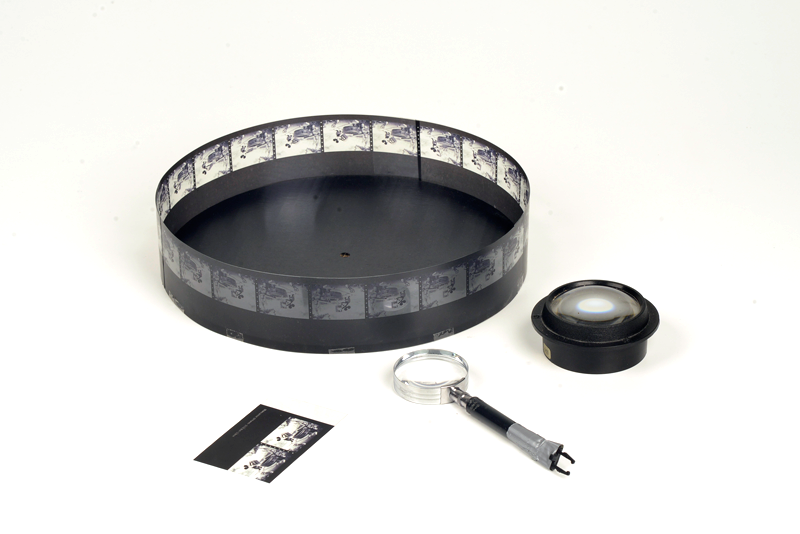 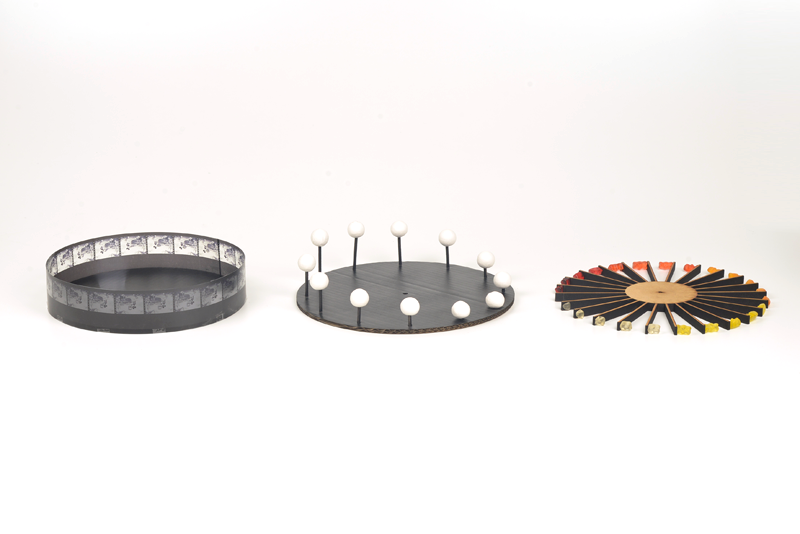 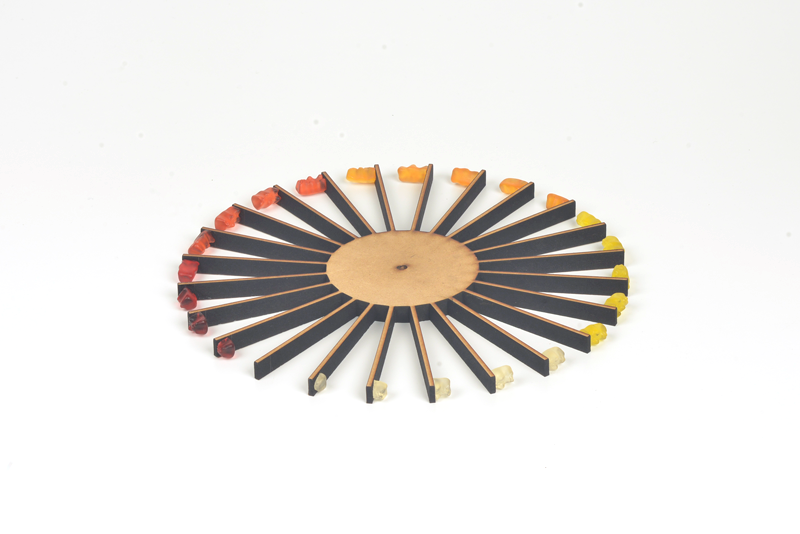 Box in a box

After rebuilding a movie projector I first did tryouts with sculptural items. I figured that gummy bears are cheap, easy to manipulate and would do the trick. But I wanted to create my own sculptures.

The power of illusion

The "Magic Carpet" zoetrope is the final outcome of this study. The animation consists out of seventeen 3D-printed and painted frame sculptures from a digital animation. The sculptures are attached to a spinning disc. Illuminated by a synchronised LED, the frame sculptures replace each other on every impulse of the light. Thus this creates the impression of movement. Watch the explanation video above.